Undeniably, turning down the thermostat using just your voice after finally finding the perfect position to fall asleep is a luxury to wish for. And using your phone to check if your doors are locked after you have already arrived at work will leave you feeling calm instead of worried.

Considering all this, which technology will be the basis of your future smart home? This article will offer you insight that may help you decide.

Thanks to the rising interest in homes that help us with day-to-day activities, we can now create spaces that don’t add items to our list of responsibilities. Home automation systems allow homeowners to control their entire home—speakers and TV, door locks, light, and thermostat.

Smart home devices and appliances connect to a central network, to which you have control through an app or a voice command.

People have dreamt of owning smart homes for a long time, having the first home automation computing operator released in the early ‘60s. Although the invention wasn’t reliable then as it is not now, Jim Sutherland caused a breakthrough.

Through the years, enthusiastic engineers have been making consistent improvements to the technology for home automation, bringing to the public a tried-and-true home control system that people still use. This means that even before the AI smart speakers from Amazon, Google, and Apple, we could control smart devices via apps on phones or tablets.

The control over your entire house rests at your fingertips.

Now you don’t simply turn off the lights from a tablet but transform the atmosphere of an entire room by pressing a button. You can have your thermostat set, the blinds lifted, and your coffee ready by the time you get up in the morning.

Once upon a time, people were searching on Google for ways to turn off the voice control on their phones, and, while they still do have issues with Siri, voice assistant technologies are increasingly popular.

Voice control has been gaining momentum since the development of better voice recognition technologies. In 2018, Google reported that 72% of people owning smart devices use their homely voice assistant as part of their routine. Statista reveals that the distribution of smart speakers around the globe in 2021 reached 136 million.

These numbers indicate that people have shifted their preferences from traditional control methods for smart devices, such as home automation apps for phones and tablets, to voice control. The main reason: hands-free management.

Reasons to Switch From Analog to Voice Control Home Automation

What concerns the unconverted consumer is home security and privacy. Do smart home integrators and engineers take measures to ensure there are no security breaches?

The primary reason for concerns among homeowners is the fact that devices process and store data in a cloud, and because of this, it creates a vulnerability to hacks. However, this is true for most smart home systems with voice assistants or not.

The most troublesome are the DIY versions. The solution here is to opt for the technologies that process your commands on local hardware.

Integration professionals are knowledgeable in terms of security and risk minimization for home automation. They also provide all-encompassing services that unify the smart devices in your home under a single interface.

We expanded on this idea in an article about what makes DIY home automation projects a disharmonious disaster.

Whether you plan to build a new home or you want to implement smart systems in your old house, home automation technologies give you controlling power over your levels of comfort. With a simple command, you upgrade your lifestyle and transform the space you live in into a nest that you can call home.

Do you need more guidance in your journey to turning your house into a smart one? Book a free no-obligation in-home consultation with us. 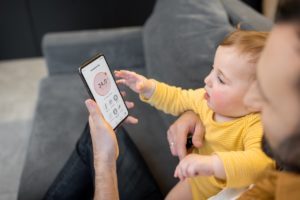 Parents Breathe a Sigh of Relief Due to Smart Home Gadgets

As parents, we are always looking for ways to make life easier for our kids. We want them to have the most fun and the 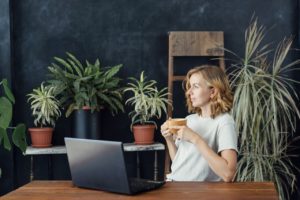 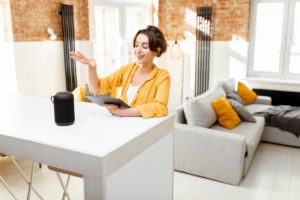 How Home Automation Can Make a Space Feel like Home

The popularity of smart home devices has been growing day by day. In fact, smart home consumer spending has experienced a boost from $86 billion